If after reading this review you are interested in purchasing Photomatix see the bottom of this page for how to get a 15% discount.

When you have your 3 or images at different exposures for an HDR picture you need software to merge the images together. The images exposures and colours need to be blended for the best possible result. The images must also be aligned in case of any differences in position especially with pictures taken handheld. The software also needs to provide you with a wide flexibility as to the final outcome to suite your style and preferences. The software needs to be user friendly.Photomatix meets all of these requirements and is generally used by the majority of photographers taking HDR images as their software of choice.

I have used Photomatix since I started with HDR Photography. This is despite having Photoshop which has a merge to HDR tool to achieve the same objective. I do not have any other HDR software so from personal experience I can only compare Photomatix with Photoshop.

Although the competition have been trying to catch up, Photomatix have leapt ahead with their latest version 4.2 which was released on 30th April 2012. Anybody with an earlier version of Photomatix from Version 3 upwards is entitled to a free upgrade. I have been trying out the new features and it is well worth taking the time to upgrade.

Click Help in the Photomatix Window and Check for Updates. Any existing custom presets you have saved are not affected.

These are the main improvements –

Most advanced users will use other digital editing software to finish off a picture with detailed control through layers. However this new feature in Photomatix means that it is possible to get a decent finished picture without leaving Photomatix.

I tried this out as a test. The pictures below are of the entrance to Notre Dame Cathedral Paris. The first one is the original middle one of the 3 exposures. The next picture is the final image created in Photomatix. This included import of the 3 original RAW files, Processing in Photomatix and then editing in Photomatix of Contrast, Colour and Sharpening. 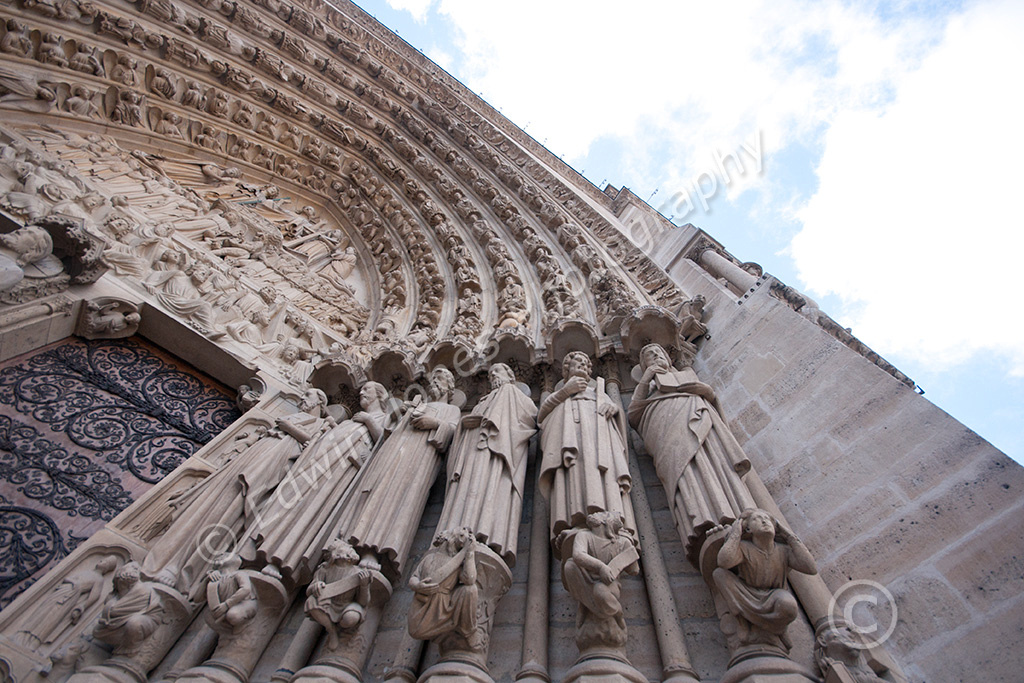 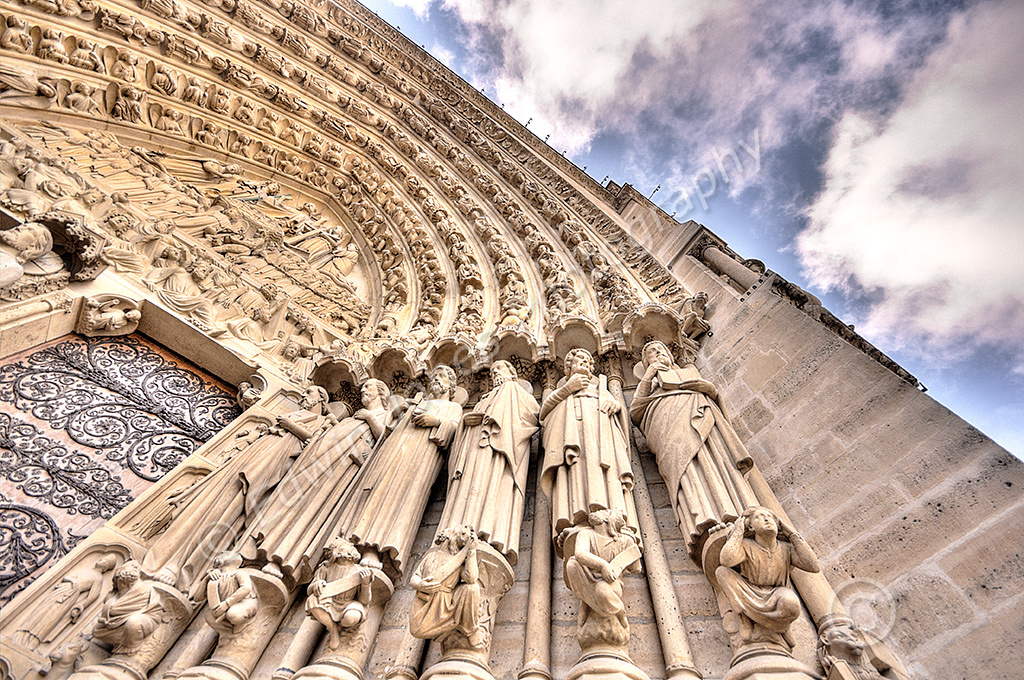 It will be noted that my own style in HDR tends towards a more natural look than some.

HDRSoft the makers of Photomatix are good enough to provide a 15% discount to readers of this site for Photomatix Pro and their other products. Use the code, EDWINJONES in capitals as shown at checkout to save money.
For the code to work you need to click one of the links below to either try out the free trial or purchase immediately. If you click here for the free trial and later decide to purchase the code will work without needing to click here again.